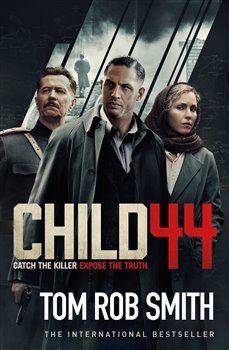 Now a major movie, directed by Daniel Espinosa and starring Tom Hardy, Noomi Rapace and Gary Oldman.
For fans of Robert Harris, John Le Carre and Martin Cruz Smith comes a gripping thriller set in Moscow, 1953. Under Stalin’s terrifying regime families live in fear. When the all-powerful State claims there is no such thing as crime, who dares disagree? An ambitious secret police officer, Leo Demidov has spent his career arresting anyone who steps out of line. Suddenly his world is turned upside down when he uncovers evidence of a killer at large. Now, with only his wife at his side, Leo must risk both their lives to save the lives of others. Inspired by a real-life investigation, Child 44 is a relentless story of love, hope and bravery in a totalitarian world. It is a thriller unlike any you have ever read.