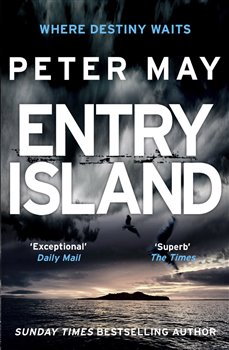 If you flee fate…
When Detective Sime Mackenzie is sent from Montreal to investigate a murder on the remote Entry Island, 850 miles from the Canadian mainland, he leaves behind him a life of sleeplessness and regret.
Fate willL find you…
But what had initially seemed an open-and-shut case takes on a disturbing dimension when he meets the prime suspect, the victim’s wife, and is convinced that he knows her – even though they have never met.
And when his insomnia becomes punctuated by dreams of a distant Scottish past in another century, this murder in the Gulf of St. Lawrence leads him down a path he could never have foreseen, forcing him to face a conflict between his professional duty and his personal destiny.