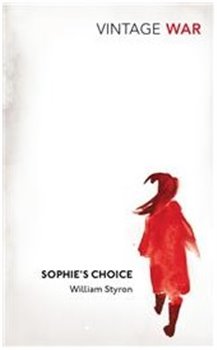 It is the summer of 1947, and Stingo is living in a boarding house in a leafy Brooklyn suburb. There he meets Nathan, a fiery Jewish intellectual; and Sophie, a beautiful and fragile Polish Catholic. Stingo is drawn into the heart of their passionate and destructive relationship as witness, confidant and supplicant. Ultimately, he arrives at the dark core of Sophie’s past: her memories of pre-war Poland, the concentration camp and – the essence of her terrible secret – her choice.
Born in Newport News, Virginia, in 1925, William Styron was educated at Duke University. He served in the Marine Corps during the last war, and was recalled to service during the Korean War. After 1952, he lived mainly in Europe, before settling in a rural part of Connecticut.
He is the author of The Long March, Lie Down in Darkness, Set This House on Fire and Sophie’s Choice. He has also published Darkness Visible, the remarkable story of his descent into depression, the collection This Quiet Dust and Other Writings, and A Tidewater Morning. William Styron died in 2006.