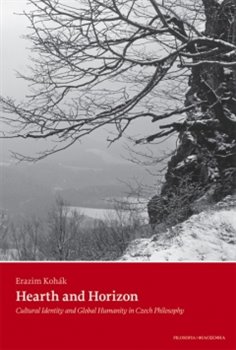 In Hearth and Horizon Prof. Kohák combines narrator’s skills with a scholar’s erudition to produce for his readers a rich tapestry of Czech thought and fortunes since the rebirth of the Czech nation at the dawn of modernity. He provides them with an intimate sketch of Czech history as the Czechs lived it, introduces them to a range of Czech philosophers, notably the two greats, T. G. Masaryk and Jan Patočka, and offers an insider’s view of the birth of national identity in the interweaving of Enlightenment ideals with romanticism and modernity. While probing the problems of the hearth – of local cultural identity – he never loses sight of the problems of the horizon, global human identity, in the turbulently nationalist period between the twilight of the empires and the dawning of the European Union. The result is not only a good read for central European history buffs, though his book is certainly that, but also a thoughtful philosophic reflection of the generic problem of cultural particularity and global humanity seen in the intimate mirror of one cultural community’s experience.