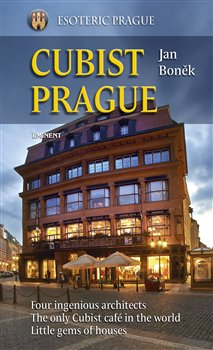 It would be hard to find on the world’s cultural map a place where so many exceptional artists emerged at once as they did in Bohemia at the beginning of the 20th century. There is a good explanation for it. Many talented students studying in Vienna, as well as young artists with experience from Munich and Paris, came back to Prague between the years of 1900—1914. Con¬sequently, it inimitably connected Prague with the revolutionary change in Western Europe’s visual arts. These artists admired Cubism as a completely new perspective on life and were kindred spirits with Pablo Picasso and Georges Braque. This unique atmosphere brought forth architects searching for unprecedented ways and wanting to incorporate this new ideological movement in architecture. There were only four of them: Pavel Janák, Josef Go, Josef Chochol and Vlastislav Hofman. Prague was mesmerized with Cubism, a new style that was reflected in visual arts, crafts, applied arts and furniture; only Cubist buildings were missing. In the end, several dozens of Cubist houses were built and are so unparalleled that they can be found in every art history and to this day are admired by people from all over the world. Prague Cubist architecture is a timeless and singular phenomenon, a true symbol of modern thinking of the beginning of the 20th century.