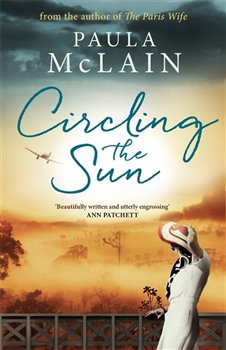 The author of The Paris Wife takes us to the heart of another true story: set in 1920s colonial Kenya, Circling the Sun is about an unforgettable woman who lives by nobody’s rules but her own.
As a young girl, Beryl Markham was brought to Kenya from Britain by parents dreaming of a new life. For her mother, the dream quickly turned sour, and she returned home; Beryl was brought up by her father, who switched between indulgence and heavy-handed authority, allowing her first to run wild on their farm, then incarcerating her in the classroom. The scourge of governesses and serial absconder from boarding school, by the age of sixteen Beryl had been catapulted into a disastrous marriage – but it was in facing up to this reality that she took charge of her own destiny.
Scandalizing high society with her errant behaviour, she left her husband and became the first woman ever to hold a professional racehorse trainer’s licence. After falling in with the notoriously hedonistic and gin-soaked Happy Valley set, Beryl soon became embroiled in a complex love triangle with the writer Karen Blixen and big game-hunter Denys Finch Hatton (immortalized in Blixen’s memoir Out of Africa). It was this unhappy affair which set tragedy in motion, while awakening Beryl to her truest self, and to her fate: to fly.
Biographical Notes
Paula McLain received an MFA in poetry from the University of Michigan and has been awarded fellowships from Yaddo, the MacDowell Colony, and the National Endowment for the Arts. She is the author of two collections of poetry, as well as a memoir, Like Family, and the be