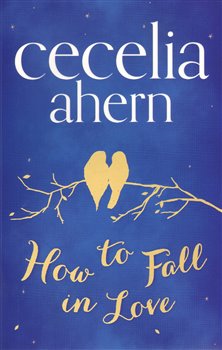 Cecelia Ahern is an international bestseller. She was catapulted into the spotlight with her hit debut novel, P.S. I Love You, which was adapted into a major movie. Her subsequent novels have captured the hearts of readers in 46 countries – her themes touch a chord with people in every continent, with over 15 million copies of her books sold. As well as writing novels, Cecelia has also created several TV series including the hit comedy series, Samantha Who?, in the USA.
A thoughtful, captivating and ultimately uplifting novel from this uniquely talented author She has just two weeks. Two weeks to teach him how to fall in love – with his own life. Adam Basil and Christine Rose are thrown together late one night, when Christine is crossing the Ha’penny Bridge in Dublin. Adam is there, poised, threatening to jump. Adam is desperate – but Christine makes a crazy deal with him. His 35th birthday is looming and she bets him that before then she can show him life is worth living . Despite her determination, Christine knows what a dangerous promise she’s made. Against the ticking of the clock, the two of them embark on wild escapades, grand romantic gestures and some unlikely late-night outings. Slowly, Christine thinks Adam is starting to fall back in love with his life. But is that all that’s happening…? A novel to make you laugh, cry and appreciate life, this is Cecelia Ahern at her thoughtful and surprising best.