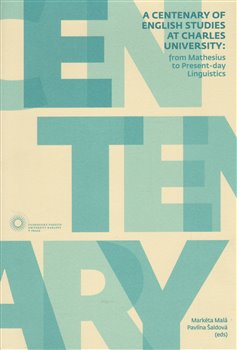 The year 2012 marks an important milestone for English studies at Charles University in Prague – the centenary of their existence. It was in the academic year 1912/1913 that the first specialised department of English philology was established in Prague, with Vilém Mathesius its first Professor.It is impossible to celebrate a hundredth anniversary with a single act, as it is impossible to separate the results of scholarly work from the lives of the scholars, their students and the institution. Consequently, a series of commemorative events were organized including an anniversary colloquium, an exhibition, meetings where several generations of teachers and students shared their memories and gratitude, acknowledging the fruitfulness of the path established a hundred years ago – and, last but not least, this book. The present volume looks back at the past hundred years through tracing down salient topics of English linguistics dealt with originally by the distinguished professors of the Department, and surveying them from today’s perspective, attesting to the "continuity of the Prague approach to linguistics, which has persisted and grown over this hundred years of English studies" (G. Leech). Themes and observations that Mathesius, Trnka, Vachek, Poldauf, Nosek and others have confronted us with were selected, and their students and followers were invited to take them up.