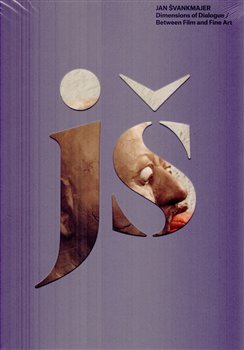 Although the art and films of Jan Švankmajer enjoy wide international recognition today, ranking him among the most original artists of the last decades, many aspects of his life and work have remained unexplored. Nor has any book yet tried to systematically and comprehensively mark out the path of the formation and development in the work of this film-maker, artist, experimenter, poet and ‘militant Surrealist’ and thus show how the different sides converse with each other. The present book is the most comprehensive monograph on Jan Švankmajer so far, it describes with greater depth and precision aspects of his life and work and it invites the reader to dive into a wonderfully rich and coherent, distinctive and unique universe. The essays emphasise and illuminate characteristic attributes of Švankmajer’s work – puppet theatre, Mannerism, Surrealism, collaboration with Eva Švankmajerová, his own film idiom, and also comparatively little known elements such as obsessional passion for collecting, first formative years and experiences; i.e. the book deals with the periods that have not yet been much studied and which make easier to understand Švankmajer’s later creative evolution. The essays are alternated with chronologically conceived biographical study which introduces and comments individual works (theatre and puppet theatre productions, scenography, drawings, assemblages, films, objects, poems), draws attention to the various artistic and intellectual events, key meetings, influences, obsessions, ideas and visions, attitudes that may have contributed to the formation of the artist’s unique and specific imagination. The authors of the book not only have a deep knowledge of the work of Jan Švankmajer but share with him a kindred vision of the world. Their comprehensive reflection is complemented by anthology of Švankmajer’s texts, a detailed filmography